Who is on this old penny?

Can you see something that has been added after it was first made?

Suffragettes stamped ‘VOTES FOR WOMEN’ on this penny in the early 1910s.

They were fighting for women to have the right to vote.

Why do you think they chose coins to spread their message?

Let’s make a powerful message about something you care about a lot.

In lockdown 2020, we took some photos of powerful messages in our neighbourhood. They’re below if you’d like some inspiration. 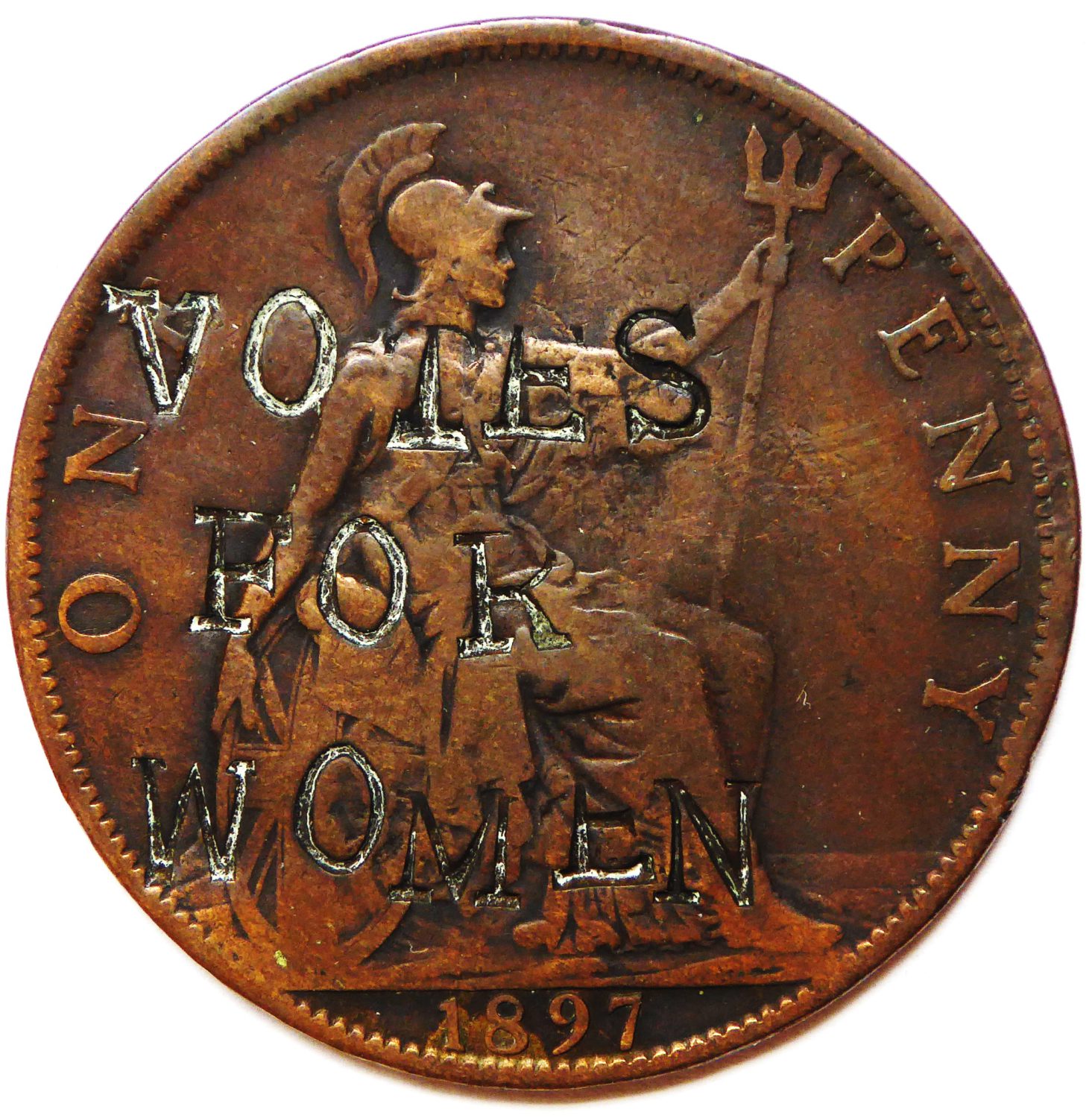 This 1897 penny is one of 11 known to have been countermarked by suffragettes between 1913 and 1914. They were probably all countermarked by one person working by hand, using the same letter punches usually used to inscribe metal objects such as nametags or even munitions or weapons. The coins are of Queen Victoria, King Edward VII, George V. On the first, as with this example, the punched letters cover Britannia’s body, and on the latter two, the inscription covers the king’s face.

Defacing money was, and is illegal, yet countermarking the coins was likely seen to be an effective method of advertising the suffragette cause whilst also demonstrating an ideological protest against male authority figures and a political system which disenfranchised women. Groups of suffragettes had been peacefully lobbying for the right to vote since the mid-1800s. The suffragette movement grew in the early 1900s, perceiving these peaceful methods to have been ineffective. They were willing to break the law in order to convey their message. Finally, in 1918 a small proportion of women were granted suffrage and by 1928 all women over the age of 21 were given the right to vote.

Countermarking, the practice of stamping a coin after it has originally been produced, has been practiced for centuries. It may be for a legitimate reason such as to mark a coin with a new value, or render foreign currency accepted within a country. However, the suffragettes would have been inspired by the long history of sending political messages by countermarking.

More information about the wider suffragette movement can be found on the BBC bitesize site.

Download this Look Think Do as a PDF or Word document.